All programs (both SQL Examiner and SQL Data Examiner)

Both SQL Examiner 2015 and SQL Data Examiner 2015 now support all the new features that were introduced with the SQL Server 2014 release.

Now, SQL Examiner and SQL Data Examiner work with the SQL Local DB databases that were introduced with SQL Server 2012.

No more tedious manual configuring Windows Scheduled Tasks and SQL Examiner or SQL Data Examiner command-line utilities. Now, you can setup a scheduled comparison and synchronization directly from GUI with an easy to use wizard that allows you to configure any aspect of the task.

The wizard was significantly reworked and is now even easier to use than before. All the new program features are now supported.

The XML configuration file format that was used for passing parameter to SQL Examiner or SQL Data Examiner command-line tools has been completely redesigned. Then, the new format allows you to configure any program option and program feature.

When you work with a very large database that contains tens of thousands objects (tables, stored procedures etc.), the schema load can require a lot of time. Now, you can configure the program to ignore some objects when the program loads the database schema and thereby significantly speeds up the process.

Now, you can purchase the special versions of the SQL Examiner and SQL Data Examiner command-line tools that can be included and freely distributed with your applications with some license limitations (the primary limitation – you cannot create a competitive product with the redistributable command-line tool).

The programs were redesigned and now looks more modern

SQL Data Examiner could compare and synchronize SQL Compact databases for a while. Now, you can also work with such databases with SQL Examiner.

Now, you can compare and synchronize permissions when you compare Oracle databases.

With Partial Synchronization mode, you can copy not an entire object from a source database to a target, but copy the required parts of an object only. For example, when you copy a table, you can decide to copy only 5 columns of 7 and not copy foreign keys at all. Previously, this mode was supported for SQL Server databases only. Now, Oracle and MySQL are also supported.

Added new comparison and synchronization options that allow for more flexibility while you setup the program.

Support for ODBC sources has been added

Speed up comparison up to 5x times

The comparison engine was completely redesigned and comparison was significantly sped up. Now, the program supports multi-thread comparisons, pipelined comparison, allows do not cache similar records etc. As a result, in our internal tests the new version worked up to 5 times faster. Please note that actual performance gain depends on many factors and cannot be predicted.

Speed up synchronization up to 10x times

The new synchronization mode was added to the command line tool. Now, it is possible to synchronize a table immediately after comparison (previously all the tables had to be compared before synchronization started). 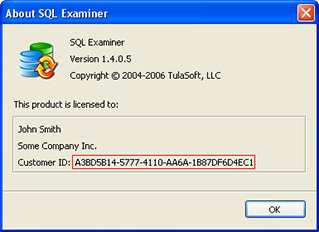